"We need a name that sounds funny at first, but sounds less funny each additional time you say it".

Principal Skinner from the Simpsons 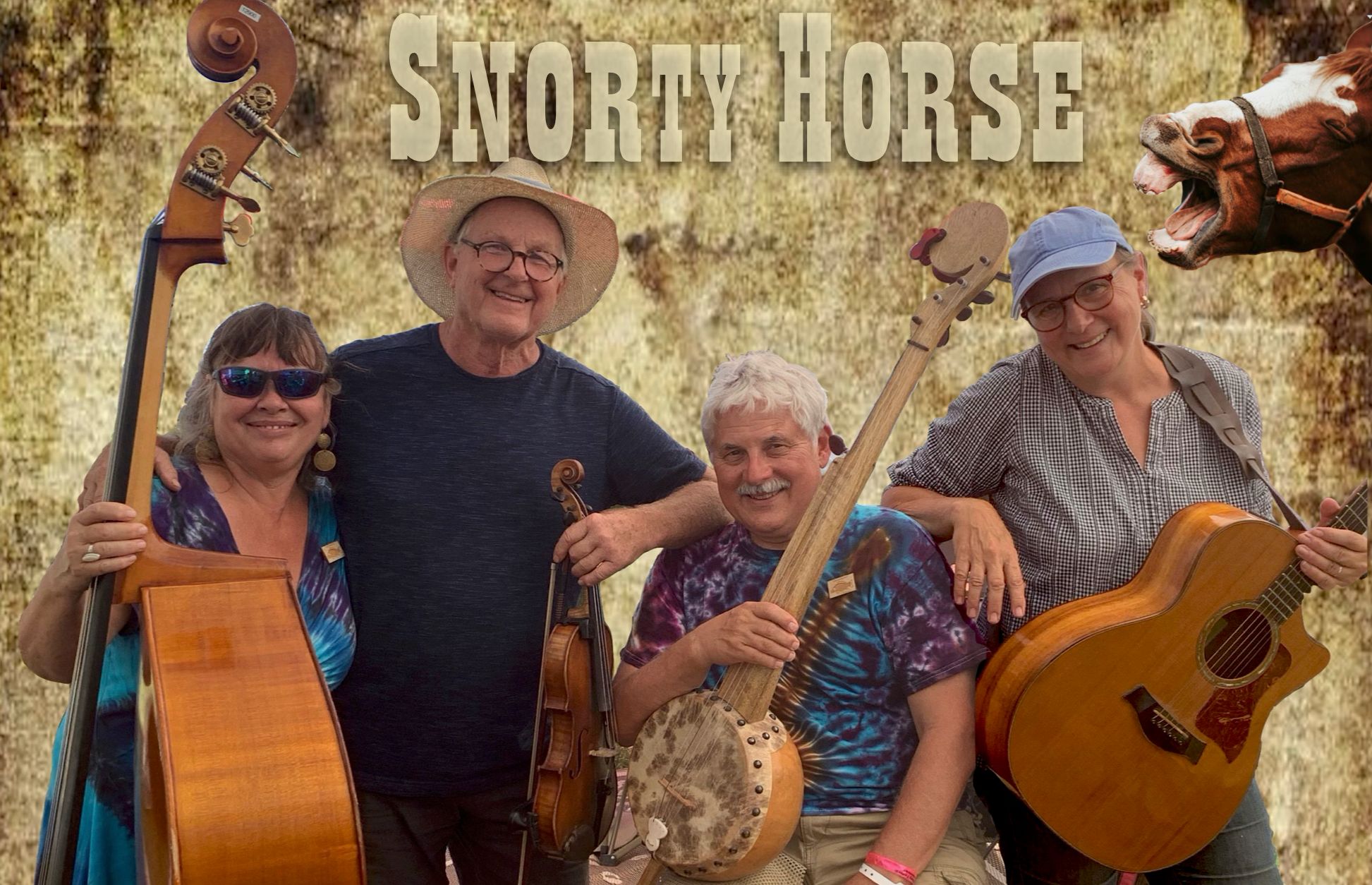 Snorty Horse is four friends playing traditional, old-time, and contemporary folk music especially from the Ozark mountains. Mike and Tenley Fraser have known Dave Para for more than 30 years. He and his late wife, Cathy Barton, first knew Mike from fiddle contests and jam sessions in the vibrant fiddle tradition in Missouri where Mike apprenticed with master Ozark fiddler Bob Holt. The trio did numerous school assembly shows for Young Audiences about Missouri cultural history and the Lewis and Clark expedition and played occasional dates together around the state. They recorded two albums for the Missouri Department of Conservation, “Voices of the Hills,” and “Fiddles and Forests.” Mike has led the band Shortleaf, named after an important native pine tree for many years. Tenley, trained in musical theater, joined Mike’s band in Kansas City, adding keyboard, guitar, lead singing and composing. As a quartet, Snorty Horse played dances, festivals, and school shows. The band name came during a late-night drive after a dance and has managed to stick, facilitating a number of bad jokes, puns and eclectic graphics. The four started camping together at the Walnut Valley Festival, in Winfield, Kan., and Erika Gerety and her late husband, Gary Libman, were part of that close circle of friends from New Mexico and Kansas City known as Picko de Gallo. Since Cathy’s passing in 2019 Dave and Erika have found a loving life together and are active in the New Mexico music scene. In the new group, Dave has played more banjo in addition to his lively back-up guitar style, and Erika has saddled up with the band offering her solid bass playing and expressive singing voice. They all share a love for traditional music and its cultural contexts and history, good singing and the joy of making a big sound for an evening dance.